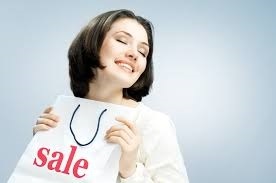 Do you ever come across a topic that rivets you?  I mean it gets into your thinking so much that you can't get away from it?  Well this month I have been

reading a book called, Stop Acting Rich and Start Living Like a Real Millionaire by Thomas J. Stanley, Phd.  Dr. Thomas J. Stanley began studying the affluent in 1973.  In his book he discusses the difference between being rich and acting rich.  Super interesting read!  He deals with the mindsets of the those who think they are rich and those who really are rich in assets.

He notes that in the period following 2008-2009 that marked the Great Recession, the behavior of Americans spending changed drastically.  Savings went up and spending went down.  Shoppers turned from Neiman Marcus to purchasing goods at Walmart.  It almost became a trendy thing to shop at Walmart.  It was all of the sudden hip to be frugal.  Buying used clothing and repurposing furniture was now cool.  Shabby chic became popular and buying bright new shiny items was looked down upon in our culture in the days following the deep drop in the market.  Dr. Stanley says,

Isn't it interesting now that the sting of the Great Recession has faded, Americans are back at their spending frenzy.  More luxury cars are being purchased.  More trips to dining out has increased.  Our malls are full again with shoppers waiting to spend their money.

Wealth building is slow, steady, and focused.  Don't get lulled to sleep on your financial goals.  Stop acting rich and build wealth through good sound investing.

If you would like to learn more about sound investing principles, come join us this month for our Free Workshop:

All are welcome and seating is limited so register today and bring a friend!